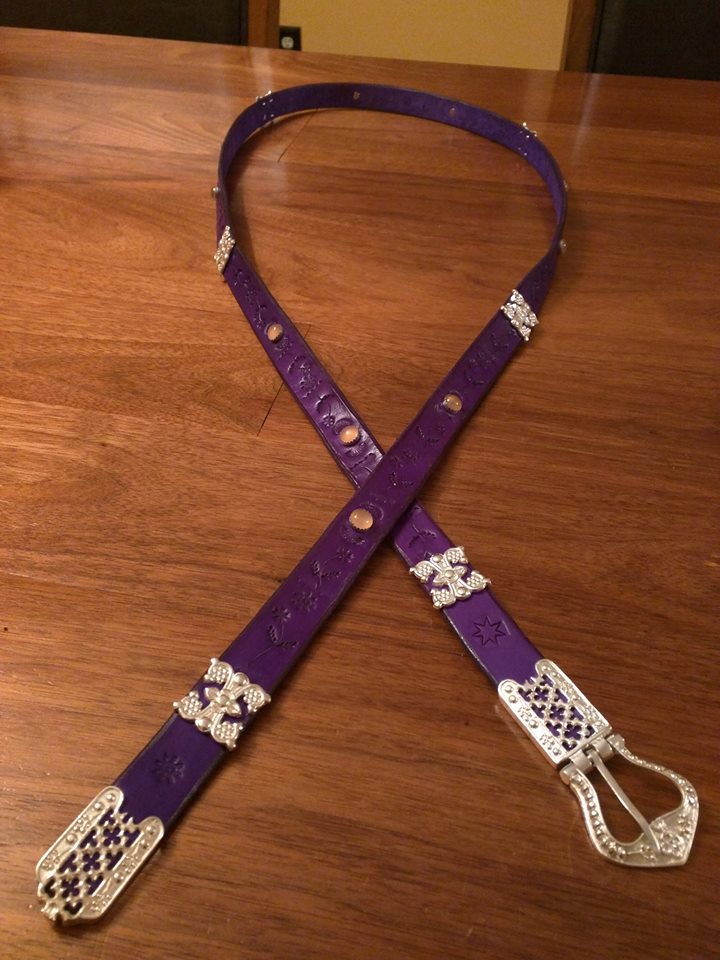 IMPORTANT UPDATE: THIS BELT WAS STOLEN! Please keep your eyes open for this belt, particularly if you’re in the central Pennsylvania area, in pawn shops, secondhand stores, and the like. The package containing it was stolen from the recipient’s porch, minutes after it was delivered.

I signed up for the Æthelmearc Ærtisan’s Æxchange a couple months ago. I signed up for the “red” group, which has to spend more than $25 on their project, and have it documented (as opposed to the “white” group, which was supposed to spend less than $25 and did not need documentation). I received Baroness Oddkatla Jonsdottir as the person who would receive my gift, and started talking with her a bit to figure out what she might want.

After much discussion, the real answer was that she wanted something pretty. Okay, I can do pretty!

I hopped over to Armour & Castings, my current favorite site for period hardware. I like them because they’ll gold- or silver-plate items on demand, for a 50% surcharge. The downside is that production and shipping means that it takes 3-5 weeks to receive your orders. I found some hardware that I thought was “pretty”, chose silver plating options for everything, bought a bunch of other stuff for other projects (I do a bulk order with Armour & Castings about every six weeks) and clicked “buy”.

I also went on eBay and found some pink chalcedony cabochons, then bought some sterling silver serrated-edge bezel mounts for them on Rio Grande.

Fast forward to four weeks later, and there’s an envelope in the mailbox from Ukraine. It was about then that I discovered I was an idiot and only ordered one of the belt mount, instead of the six I meant to order. Back we go online, and this is going to mean I’m cutting it a lot closer to the exchange’s deadline than I like. Disirregardlessly, it’s gotta get ordered, so I do the thing and order five more.

Some time later, the parts are finally all here, and I got to work: 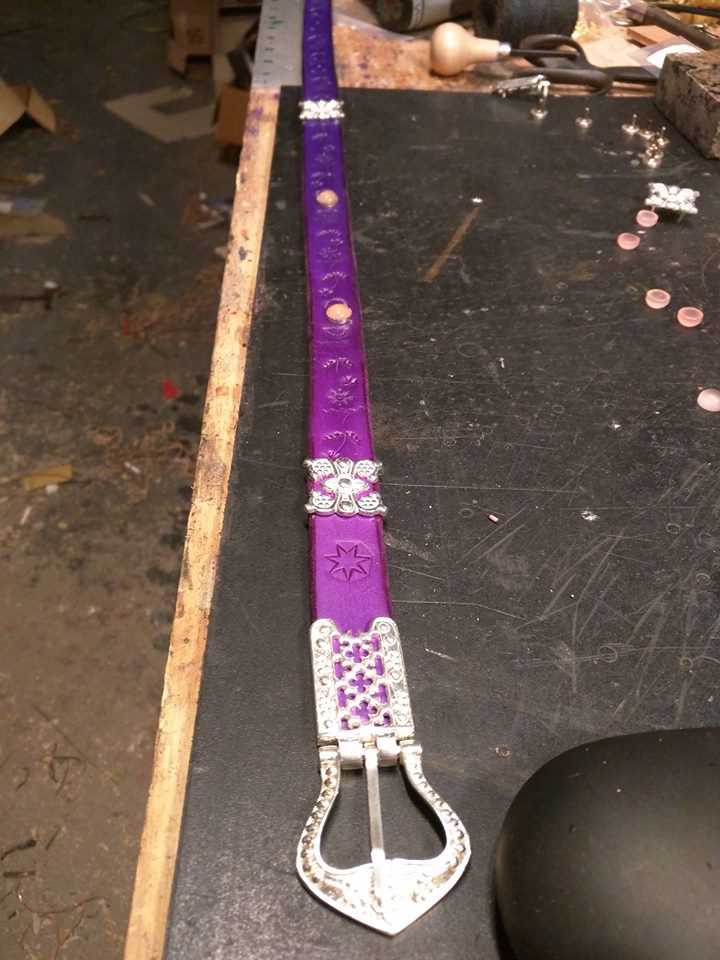 I ended up dyeing the belt purple, stamping it with an 8-pointed escarbuncle-ish stamp I have, and carving little flowers in a regular pattern. I set two stones between each mount for a nice regular pattern. 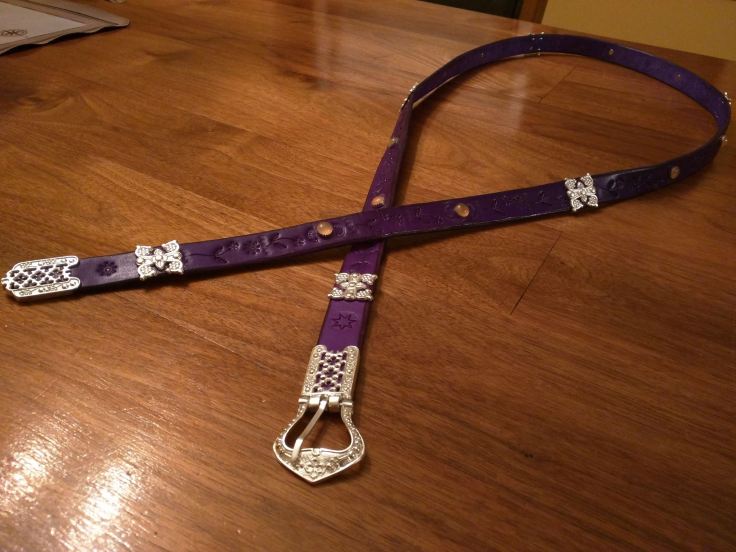 I hope she likes it. She’ll receive it in the mail today.